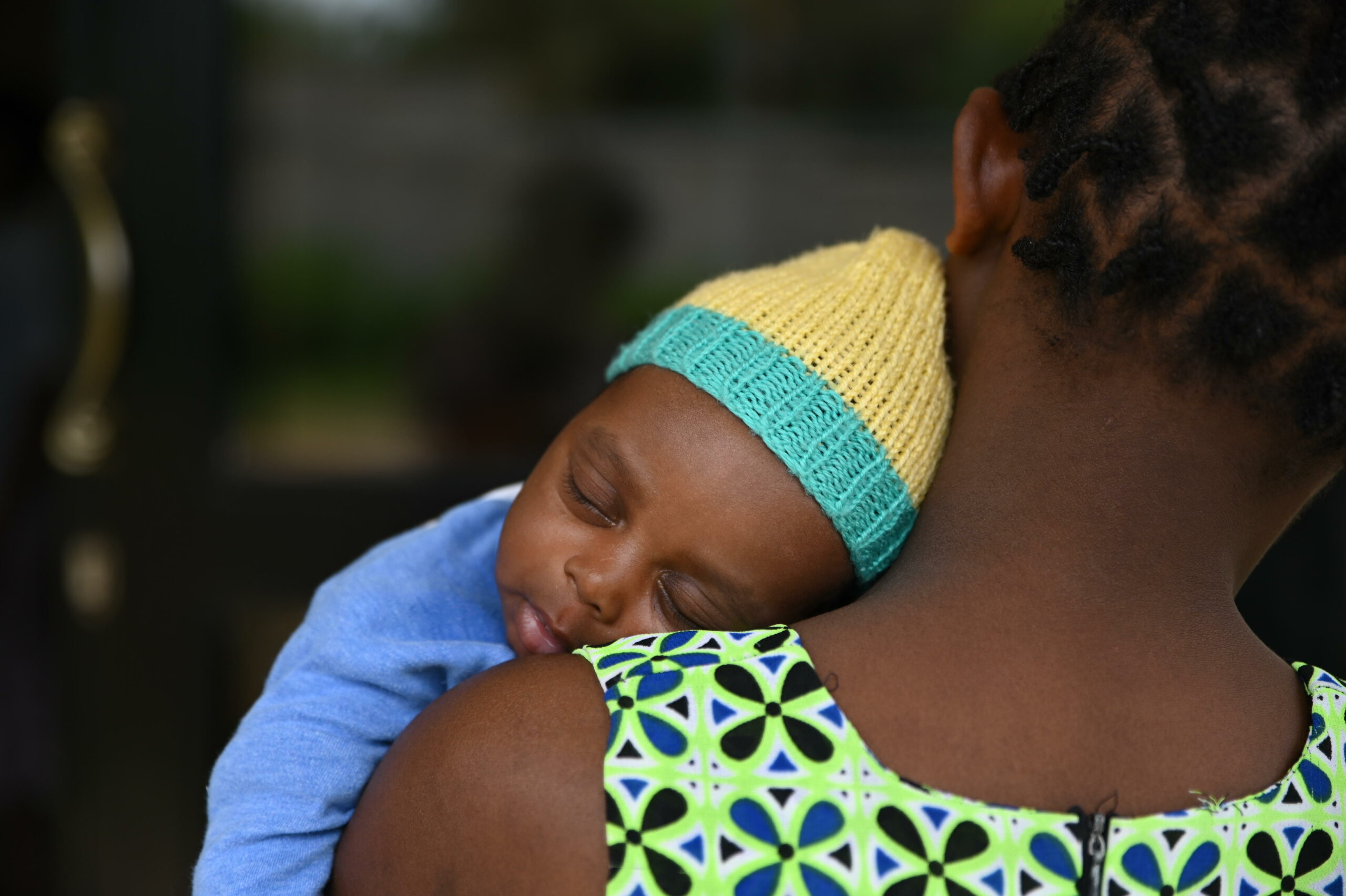 Hope and a future for every child.

At just 13 years of age, Nantale* has already suffered more trauma and abuse than most people experience in a lifetime.

Like all children, Nantale from Uganda grew up with hopes and dreams. Her dream was to go to university and become a doctor.

But Nantale had her hopes and dreams ripped away through the horrible trauma she experienced.

Firstly, after her parents divorced, she no longer had a stable home as she bounced between different family members.

Then tragically, her little sister – her best friend – died in a motor accident.

But in the last few years, things got even worse.

During COVID-19, Nantale moved back in with her mother and her new husband – a traditional medicine man, or witch doctor. And that’s when life became truly horrific.

Nantale’s stepfather repeatedly abused her, telling her that sexual intercourse would provide a spiritual cleansing and make the family rich.

“The last nail into my coffin was the sexual abuse I experienced from my stepfather – a traditional medicine man, who took the act of sexual abuse as a cleansing for his spirits to make him rich” – Nantale

When Nantale tried to tell her mother, she was shocked to discover that her mother was permitting the abuse because she also believed it would bring riches to the family!

Nantale couldn’t tell anyone else because she was almost always locked in the house. Even if neighbours knew or suspected, they wouldn’t intervene out of fear of the witchcraft practiced by the family.

Can you imagine how alone Nantale must have felt, locked up and abused, with no one willing to help her?

Then, earlier this year, Nantale discovered she was pregnant. At just 13 years old.

When Nantale’s mother and stepfather realised she was pregnant, they made plans to carry out a dangerous and illegal home abortion.

But – praise God – a brave neighbour also realised that Nantale was pregnant and contacted the police.

The police arrested Nantale’s stepfather, but sadly that didn’t mean Nantale was out of danger. Nantale’s mother repeatedly told the police that the stepfather was innocent, hoping that he’d be released and they could continue with the abortion and abuse in the hopes of getting rich.

Police, neighbours and family members worked together to get Nantale to a place where she’d be safe and cared for – WorldShare’s ministry partner, Wakisa Ministries.

Wakisa Ministries specialises in helping girls just like Nantale, who have become pregnant at a young age, often with heartbreaking stories of abuse and neglect.

Vivian Kityo founded Wakisa Ministries in 2005 and has dedicated her life to being the hands and feet of Jesus for these vulnerable children.

Vivian is motivated by her faith to show that all people are made in God’s image and deserving of hope for the future, no matter what they have faced in the past.

But before Nantale arrived at Wakisa Ministries, she didn’t see any hope – in fact, she thought her life was over.

“I found myself as a lost cause, my future was gone, my dreams of becoming a medical doctor were no more,” Nantale remembers. “I lost trust, I lost confidence, I lost school life, I lost friends, I developed stigma and fear, and I developed suicidal thoughts and also wanted to kill my stepfather.

“I could not sleep, experienced excessive worries and felt that I was a worthless girl.”

And because of the stigma and shame of being pregnant so young, Nantale was expecting to be shunned everywhere she went.

“I did not like the idea [of going to Wakisa], thinking that I was going to be judged.”

But at Wakisa, Nantale didn’t face judgement at all. Instead, she was warmly welcomed into a loving, supportive community of Christians who were committed to loving her just as Jesus would.

Girls like Nantale can live at the Wakisa Ministries centre during their pregnancy, in safety, while learning how to care for their new babies and being supported in their studies.

And after they’ve given birth, they’re helped to re-establish their lives with their baby in a safe location.

But providing a safe place for girls like Nantale takes more than just compassion and goodwill – it also requires financial resources so the girls have food, accommodation and essential healthcare right through pregnancy and childbirth.

Without your generous support, Wakisa simply wouldn’t have the funds to support girls like Nantale. They would be out on the street, or still trapped in dangerous and abusive homes, with no one to help them.

Tragically, the need for Wakisa’s support is increasing all the time. It would be heartbreaking to turn girls in desperate need away, but your support means that Wakisa can help as many girls as possible.

And your generous gift goes far beyond providing just the physical necessities. It also provides the emotional and spiritual healing that girls in these circumstances desperately need.

One of the ways this healing occurs is through people like Jane, a professional Christian counsellor at Wakisa.

Jane remembers when Nantale first arrived at Wakisa: “She experienced much anxiety… numb, confused and fearful, with low self esteem and no confidence. She was isolated, experiencing insomnia, nightmares and worrying about how she was going to carry a pregnancy, who would take care of the baby, and about her studies.”

Jane and her colleagues are highly trained to handle the significant and complex trauma the girls have experienced.

Jane diagnosed Nantale with Post-Traumatic Stress Disorder and severe anxiety, and put in place a treatment plan that would begin to restore Nantale’s hope and confidence.

And I’m delighted to tell you that it’s working! A recent assessment has shown that Nantale’s wellbeing has begun to improve greatly. Jane says, “Generally, she is a happy, jolly, smiling girl.”

Praise God for this miraculous change in Nantale!

But don’t just take Jane’s word for it – here’s what Nantale herself had to say:

“I don’t face any threats and abuse anymore. I feel loved by all the Wakisa team aunties [female elders], loved and appreciated by the other girls. I have friends to talk to and share my concerns, unlike when I was still in that abusive environment, where I was not allowed to talk to anyone. I am no longer fearful, I am slowly regaining my confidence because I feel I am safe.”

Nantale still faces many challenges ahead. She is due to give birth to her baby in September this year, and though her aunt has promised to help raise the child, she will continue to face stigma as an unwed mother.

But Nantale has hope now. She knows she is loved, safe and her life has value. And she is looking forward to a future where she can support her child through earning her own income – maybe even one day as a doctor.

This hope is the gift you can give to others like her, with your generous donation today.

As we read in Jeremiah 29:11: “For I know the plans I have for you,” declares the Lord, “plans to prosper you and not to harm you, plans to give you hope and a future.”

God has a plan for Nantale – and for so many others like her around the world who are currently trapped in similarly awful circumstances.

Please make a generous donation today using the form below and help rescue and protect children like Nantale, in the name of Jesus. Don’t forget, you can claim your tax deduction in the 2021-22 financial year if you give before 30 June!

Yes! I want to help today.

Is my donation tax-deductible?

Unless clearly stated otherwise on the donation form, then yes. Most donations to WorldShare are tax-deductible and are used for approved aid international aid and development work.

Is my donation secure?

WorldShare uses secure payment forms to safeguard your personal and financial information. Your card number is never stored on our website or database.

Can I cancel or change my recurring donation?

Yes, we understand your circumstances can change over time. Call our office during business hours (Australia Eastern) on 02 9712 8222 and we’ll be happy to assist you.